Calvin and Hobbes Grow Up to Be Super Spies 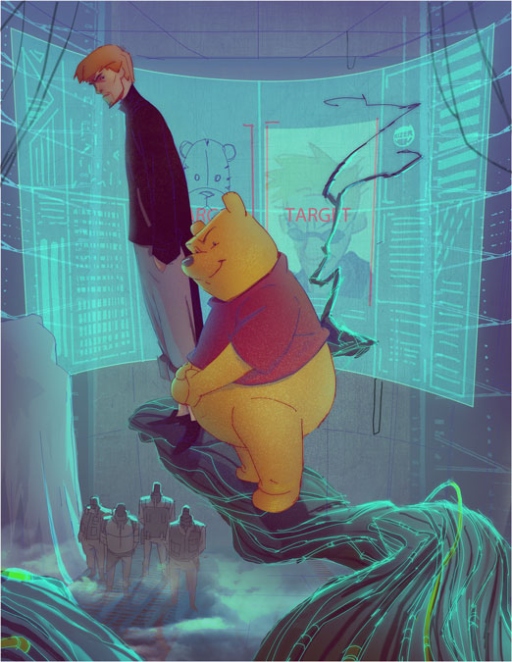 Fast cars and fast trigger fingers: that’s to M.O. for Secret Agents Calvin and Hobbes. And they’ll need to stay a step ahead if they’re to foil the world domination plots of the nefarious Dr. (Evil) Robin and his mysterious associate, “The Bear.”

The Internet delights at tearing (not pulling) at our heartstrings as one talented artist after another gives us a glimpse into the future of the unimpeachably greatest comic strip of all time, Calvin and Hobbes. (The pitch perfect Adventures of Bacon and Hobbes from PantsAreOverrated.com is a particular favorite.)

These comics give us some sense of closure after Bill Watterson’s epically open ended final panel. 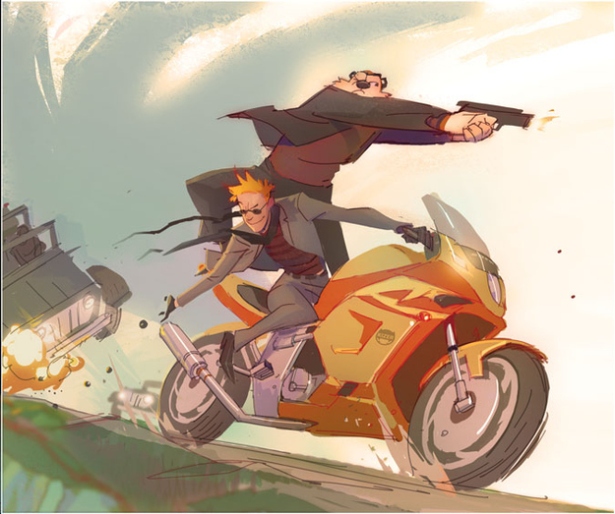 They are total fan service, sure, but at times hew so close to the original source material as to seemingly presume the mantle of Watterson’s work. Bill Watterson’s famous reclusiveness only adds fuel to the fan-fic fire. Watterson has produced no significant work since his Calvin and Hobbes finale. He refuses interviews, publicity, the spotlight and even autograph requests. I almost titled this post, “The Monastic Life of Bill Watterson” but a delving into Watterson’s post-Calvin life deserves more time and space then this blog (not to mention it’s been done a million times and inquiries into his life interminable end up with shallow findings. The man is good at staying off the radar.)

In 2010 he made a rare showing for a lawsuit involving unauthorized use of his most famous creations (considering Calvin and Hobbes have been bastardized over a billion times in some of the most unseemly ways, it’s amazing Watterson hasn’t sued the planet).

That said, people lurv Calvin and Hobbes and one-offs like this from artist CoranKizerStone. And yeah, if Calvin’s imagination survived the transition to adulthood, he and Hobbes would totally be secret agents. Of course Christopher Robin is evil; he has a British accent, doesn’t he? And I’ve always insisted Winnie the Pooh looks like a straight up Bond Villain. 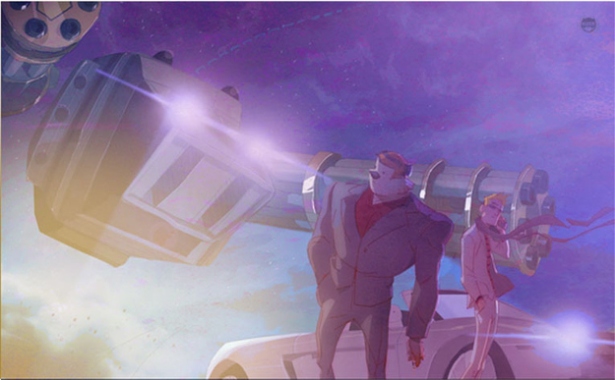 More from this Artist: http://corankizerstone.deviantart.com/